Why Technique should NOT be the First Priority if you want to be a Great Karate Fighter?

Learn the sequence you should use to develop better Fighting Skills in your Dojo!

This should be the sequence of priorities when teaching Karate Fighting:

First – Your Karate Students should learn the coordinative basic sequence of unknown Techniques and Movements  by understanding their contextual elements and how to adapt to them.

Second – At a later stage, Technique should be improved so your students can maximize their physical and cognitive skills.

This is how learners actually learn. This method is consistent with Science and everything in our lives. Why do we think that Karate Kumite is different?

We want to remember you that we are not giving you our personal opinions or experience. We just gather Scientific-Proven Knowledge and deliver it to the Karate World in the most practical and simple way possible. Our path started exactly looking for answers and we think every Karate Sensei or Student deserve them to…

Even in Kata, we have to adapt our Technique to the environment!! And Kata is a predictable and closed task…

All Karatekas in the world adapt their Technique to what the Masters expect them on belt gradings. If you are a Kata athlete you have to adapt what you do to what the referees and the rules demand! The athlete that makes this better, wins…

When you learn how to drive, the instructor teaches you the basic skills to handle the car, right? But then they put you on the road and you adapt that basic skills to the environment. Your driving is different on a highway than on a mountain; if you are alone in a street you drive in one way but you change it if suddenly that same street gets full of cars or people.

And you are learning the most important skill about driving: the adaptation to several situations, most of them not controlled by you. This is the same in Kyokushinkai, WKF Kumite or Street Fighting.

How many private companies’ CEO do we listen saying that most of the things they learned in University are useless when they come to real life? And that’s why there is such a dedication, nowadays, from Governments and Universities to adapt teaching methods to real life and with practical tools.

That’s why we continue to see so many advanced Karatekas (Black and Brown Belts) that can’t transfer the thousands of Mae-Geri or Gyaku-Zuki practiced over the years effectively to an open fight. They don’t have the timing, the distance control and, above all, they don’t know when to use those fighting techniques.

During Karate Kumite there are no actions that are purely technical. All actions are technical and tactical at the same time!!

BUT WHAT REALLY IS TACTICS?!?

Tactical Skill is the ability to chose the right technique or movement according to an unpredictable situation. For example, the opponent’s attack, defense or body displacement.

Technique is showing fine coordinative skills that allow you to maximize the effect of the Tactical choice. In terms of power and speed, for example.

In resume, the Technical part only becomes relevant when the Tactical part has been successfully solved. We are talking about taking the right decision in a certain Fighting situation.

If you miss the timing of a Uke Waza (block) it doesn’t matter if you are the best in the World executing the finest Nagashi Uke, Osae Uke, Gedan Barai or Age Uke…

In Kata, Technique is the Queen… In Kumite, it’s just an important Tool!

If you want to be the greatest in Kata, Kihon or pre-planned Bunkai, Tactical Skills are useless… Decision-Making is useless… Perceptual Skills just need to be on a basic level…

But if you want to be a great Karate fighter, it’s very, very, very important that you start to develop those skills as much as you can!

Do you want one more example?

Aghayev doesn’t fight the same way as his taller opponents, right? Why should him? He adapts his techniques to his body and physical characteristics and to his strategy. And even that needs to be adapted during the fight itself. Depending on the opponent’s actions and reactions, the level of fatigue, anxiety, etc.

If you study the biggest Kyokushinkai fighters as Andy Hug, Francisco Filho or Kenji Yamaki you will see differences.

Affordances – Opportunities for action. What the environment allows you to do. In Karate, we are talking about “Things that facilitate your fight”!

Constraints – Factors that “force” the organism to behave in a specific way. In Karate we are talking about “ Limitations to your Fight”!

WKF KUMITE AND KYOKUSHINKAI OR SELF DEFENCE KARATE HAVE SOME DIFFERENCES

Remember… The motor programs for Fighting need to be developed before they are optimized!

This methodology allows your Karate students or athletes to:

And the importance of Technical Refinement of a certain Movement Standard is slightly different between WKF Kumite and Kyokushinkai or Self-Defence Fighting.

Because in WKF Rules an athlete hasn’t just to guarantee proper distance and the opponent doesn’t avoid the point. He or she also has to guarantee Good Form. In other words, the athlete must kick or punch with a determined and accepted technical standard.

But even in this context if you don’t have the criteria of Good Timing and Correct Distance, your Technique doesn’t score you any point!! If you look carefully we have 2  WKF criteria depending on Decision-Making and Perceptual skills and just 1 depending on Technical Skills.

In Kyokushinkai or in Street Fighting the main goal is to put your opponent out of combat – KNOCK OUT!! It doesn’t matter if a Mawashi Geri was done with a wrong technical standard. The opponent went to sleep, you win!!

We are not saying that Technical improvement is not important… It is important because Technique will allow you to take the most out of your physical and cognitive skills.

But if a Fighter knocks out a lot of opponents with a Mawashi Geri that is a little different from the regular standard, you won’t change it. Because if you obligate that fighter to change the way he makes that effective Technique you will change even the way he fights. And he even may get insecure and slower on his Decision-Making processes… Yes, that’s true.

Larry Bird (NBA player) had a way of launching the ball that was considered wrong at his time, by the standard patterns! But guess what… His wrong Technique had these results:

He didn’ t know how to throw the ball to the basket? Of course he knew and of course, he trained his throwing technique everyday… But he had a different Technique when compared to what most Basketball coaches were teaching.

But what really made the difference was the capacity to overcome his opponents, the ability to choose the right moment to throw, to read his opponents’ movements and his skill to hit the target. And to be smart enough to understand that if the ball makes a higher trajectory it passes easier over the opponents.

Each one of these skills depends mostly on cognitive and perceptive dimensions.

So, let’s go back to Karate… If you have a Kyokushinkai Champion that knocks out his opponents with a Mawashi-Geri Technique slightly different from Master Oyama will you beat him down because he is not doing it in the same way as the Founder?

Or if a simple Karate student solves a physical aggression in the street, will you obligate him to practice his punch 1000 times because he didn’t move the hips properly?

Once again, we emphasize that Technical improvement is important so your students can take the most of their physical and cognitive skills.

If you are accepting what Science is showing to you, please stop dedicating your Karate classes to 90% of Technical training and physical suffering! I personally know that is difficult to change what we do for several years. And sometimes it’s also difficult to make things differently from your Masters or your colleagues…

But give a chance to Science and you’ll see that if your students get more motivated, more successful, and more healthy, the others will start wanting to know how you are achieving those goals!

P.S. – I know it’s hard to change the way we make things. And what you are making right, you must keep it… But when Scientific-Proven Evidence shows you a more effective way of improving your Karate, you should embrace it. Your students deserve the Best… The Best Motivation, the Best Health, the Best Performance!

PrevPreviousTypes of Flexibility and Their Importance in Karate
NextTransform Yourself Into a Bullet: What is Ballistic Training?Next 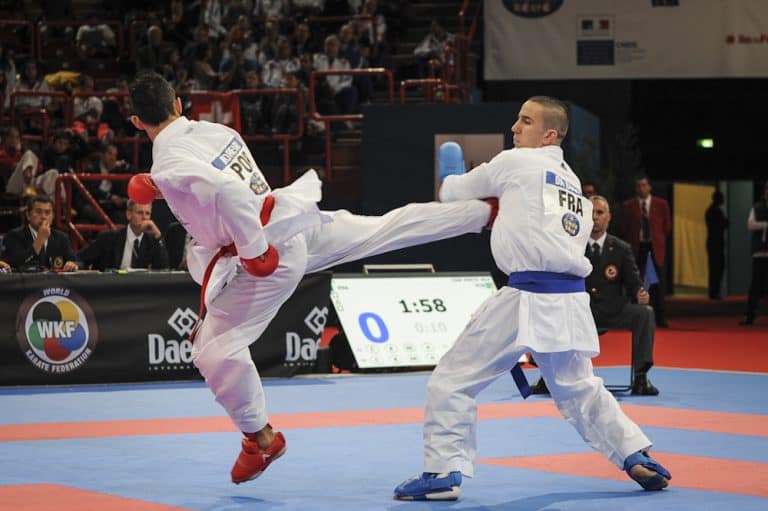 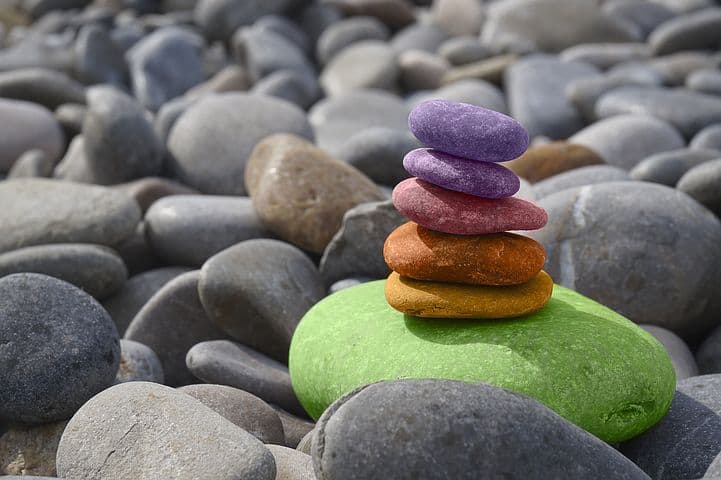